BACK TO TIP VAULT
Your dog in motion


The importance of a character’s eyes
- Tip - 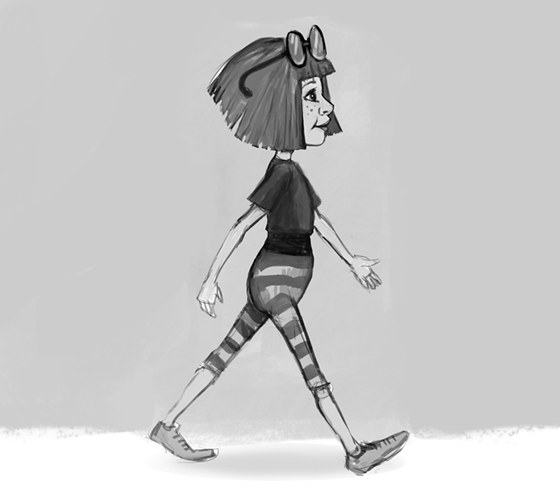 It is one thing to draw a character standing still but you face a whole different challenge when drawing a character in motion. First of all, it is important to understand some basics about motion. When humans and elves walk, for example. they don’t just move their legs.  They move their arms and feet, too!

We are going to draw the character I designed previously (creating-a-character-using-simple-shapes) in a position where she is clearly walking.  This is the sort of illustration I need for my story.

To understand the motion of walking, let’s take a look at Eadweard Muybridge’s series of photographs of a woman walking. Reference pictures are so important when drawing, because they allow us to study what we are trying to draw. 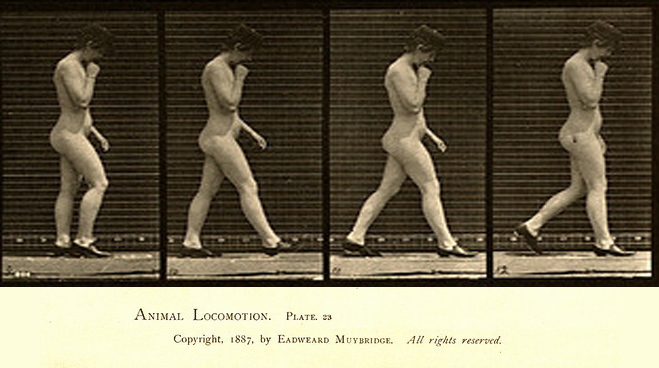 Eadweard Muybridge lived in the 19th Century in England and he took photographs of humans and animals in motion.  His books are  fantastic reference for understanding movement because they show the step-by-step changes in position as a figure moves.  Even though he lived in the 1800s, artists still use his work.

To begin, I did a series of sketches of my character in different walking poses. I had to notice how the limbs of the woman in the photographs are moving. I tried to copy these movements into my own drawings. 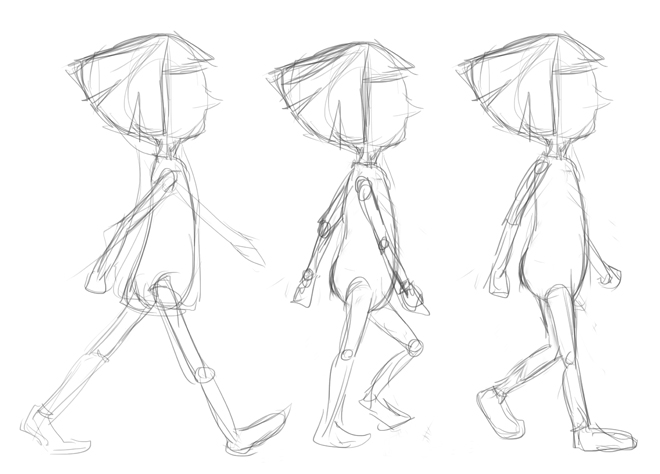 Note:  when you are drawing a character in a more cartooned or simplified manner as I am here, you really want to exaggerate the poses so that they come across clearly.

I am going to continue with pose #1 of the three different poses that I created. I think this pose has the most “spring” in it and it really highlights what the character is doing:  going somewhere!

Now I am going to block in some areas to show her clothes and shoes. Unlike before, I am drawing my character with pants on so that you can easily see how she is moving. (Her skirt would cover the top part of her legs too much.) 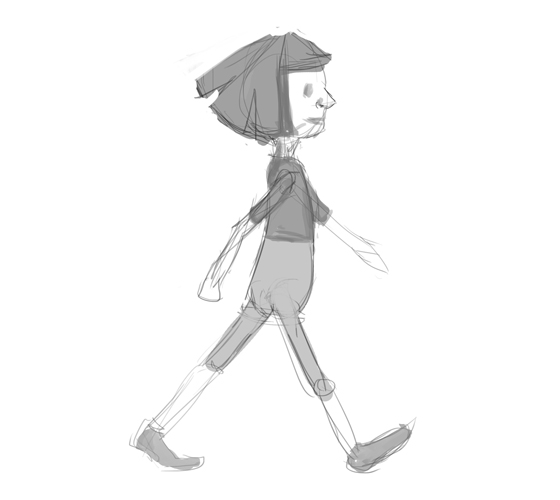 Now it’s time to start filling in her details, and I can refer to my other drawings of this character, to remind myself of her details (how-do-you-turn-a-character-sideways). Characters need to stay consistent!

When you want a story character to appear in motion in an illustration, find some reference pictures that you can study.  You can even take photographs yourself and use those as your reference!