BACK TO TIP VAULT
The voices you get for free

Editor’s tip: Scrape the moss off your tongue! 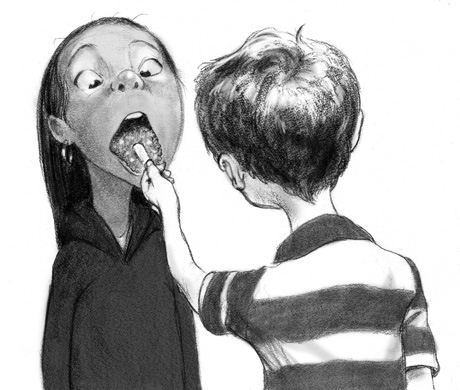 Even the oldest and most patient of story elves sometimes have their patience tested by young elves who don’t get to the point or who write sentences that feel mysterious.  Indeed, we have a saying we use to encourage an elf to speak plainly: “Scrape the moss off your tongue!” It is an odd expression, I know, but imagine if your friend were speaking to you with a moss-covered tongue. How clear do you think her message might be?

Some writers, even some very good ones, occasionally fail to write with clarity. When you come across such writing while wearing your editor’s hat, please, scrape the moss off those sentences which are unclear or too roundabout.  Strip away extra words and leave behind the ones that contain the most meaning.

Take the following sentence, for example:

“Once there was this one time when that elf named Jazzbo from that place up north, I don’t remember, I think he was from the Big City, told this hilarious joke about the country elves who had some different and various kinds and types of ideas about what you could get away with when they tell some of their outlandish stories.”

If you strip away all the mossy words that are muffling this poor sentence, you might end up with something like this:

“Jazzbo from the Big City told a joke about country elves and their outlandish stories.”

Also, Jazzbo’s joke was not terribly funny. I won’t repeat it here.