BACK TO TIP VAULT
Enjoy your OWN stories 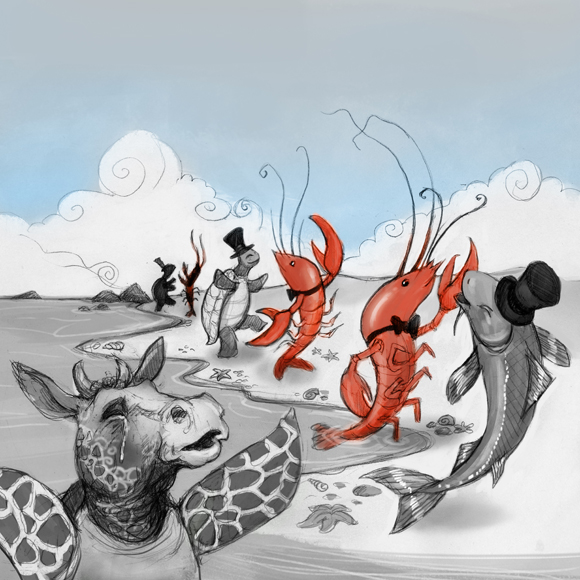 Sometimes a scene in a story comes and goes much too fast!

In Alice in Wonderland, just before the trial over the Queen of Hearts’ stolen tarts, the tearful Mock Turtle tells Alice about a game that he and the Gryphon used to play at school, the Lobster Quadrille.  Alice has never spent time living in the sea and has never gone to school there, so this game is brand new to her.

The Lobster Quadrille is a square dance performed along the seashore by couples that each include one lobster.

At one point in the dance, the partner who is not the lobster throws the lobster as far out to sea as he can.

New idea:  Expanding a part of another storyteller’s story can be as enjoyable as making up stories ourselves.  Characters and setting are all there to play with and move around.  There is no law against this!  Something we already enjoy can be made to suit us even better!