Willpower exercises that work even for witches 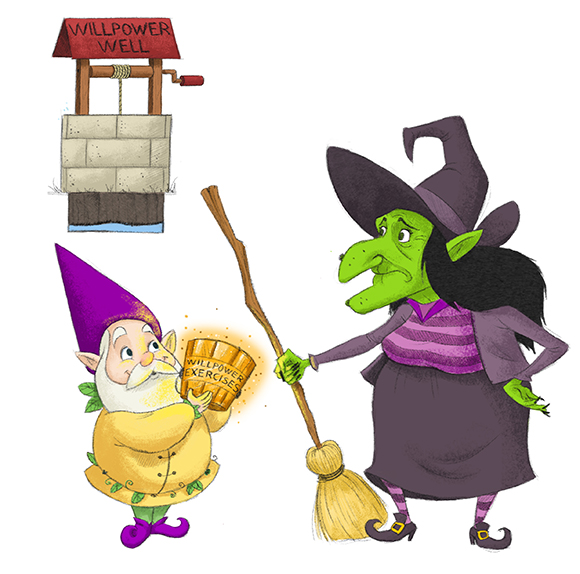 We do not want to offend, but witches appear to struggle with their tempers and taking impulsive actions.  So, Shrub visited with a witch from The Waking Prince, to talk the matter over.

Shrub explained about willpower and how willpower allows us to control unkind thoughts, poor decisions and sudden bursts of temper.  He explained that you cannot see your own willpower, but you can imagine it as well that you draw on.  When the witch imagined her willpower well, it was not deep or full.  Her willpower was low.

Shrub then advised about the exercises that a person or an elf can do to increase their willpower.  The witch was intrigued.

First, he asked the witch to refrain from using words that you have to write *&%$# for, for two weeks. 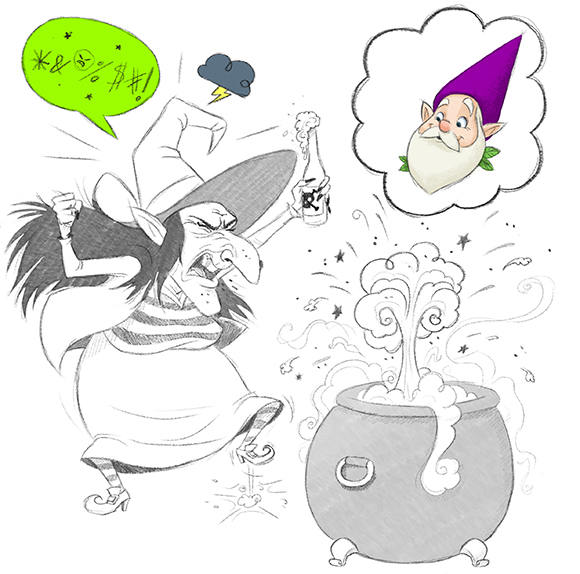 Then, for another two weeks, he asked her to use her left hand instead of her right hand to open the doors and locks in her lair. 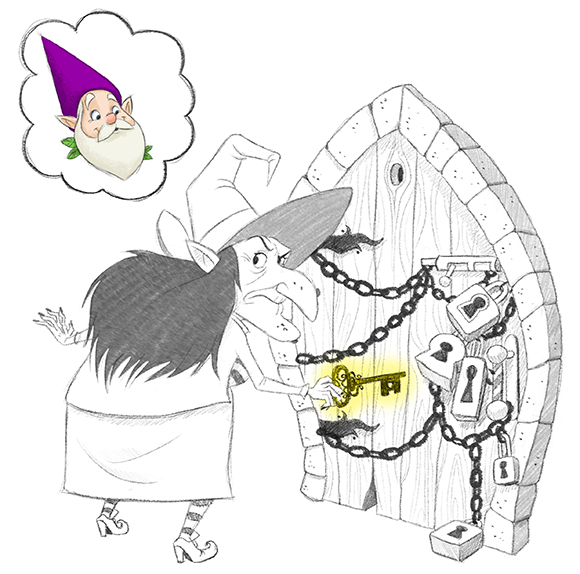 After doing these two exercises successfully (well, mostly successfully), Shrub suggested that the witch work on her crooked posture.  For two weeks, every time she thought of her posture, or felt her back ache, she just needed to stand up straight or sit up straight. 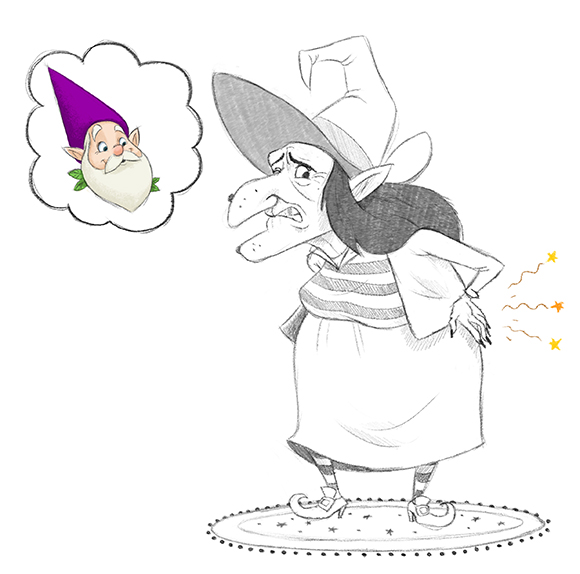 Then came perhaps the toughest willpower exercise of all:  giving up slang and contractions!

For a further 14 days, she worked diligently to eliminate all slang words and all contractions in her speech and in her written correspondence to the other witches. 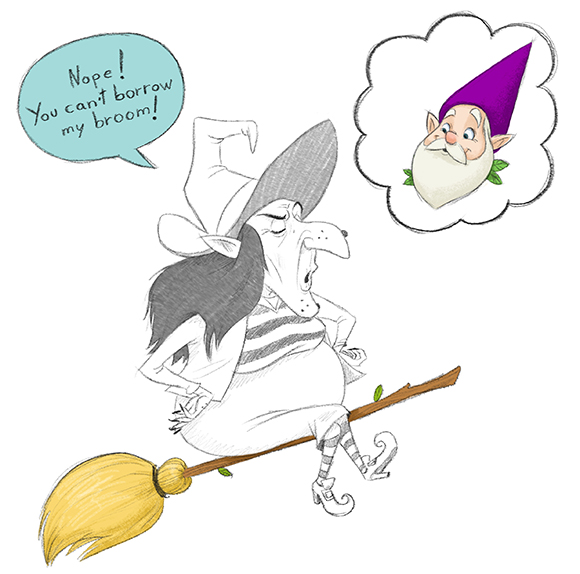 Miraculously, this witch completed a total of eight weeks of willpower exercises!  And the rewards were striking.  Her willpower well was shallow and nearly empty and now, with the exercises, she has buckets of willpower to use! 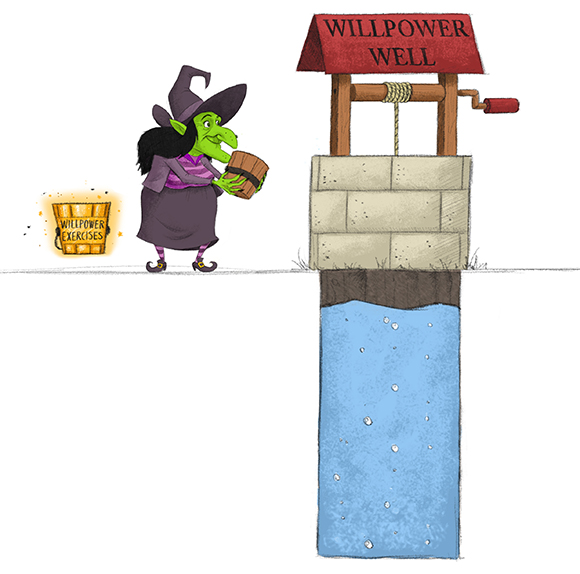 Shrub and I have discussed a small worry.  What might a witch with more willpower do?  As well as helping with self-control, willpower helps you take initiative—but how will a witch do that, we wonder.

That remains to be seen.  For now, just remember that each of these exercises, undertaken for just two short weeks, increases your reserve of willpower.

And if you would like to remind yourself of all of the extraordinary uses of willpower, have a look here.  uses-of-willpower