BACK TO TIP VAULT
Looking into a new year 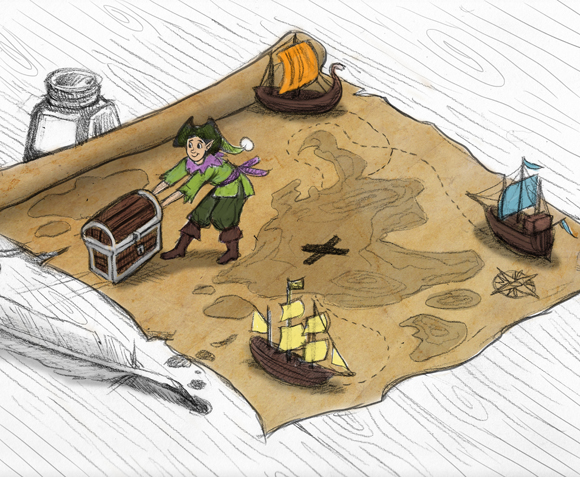 I recently overheard a tale that turned a single drinking goblet into an object overflowing with stories.

In the overheard tale (overheard when I was sitting on a branch in a branberry tree), three story characters were said to be feverishly after the same object—the goblet—and, most interestingly, each character had a different reason for being half crazed with desire.

The golden goblet lay well-hidden in the bottom of the old seaman’s chest.

One ship’s captain wanted this goblet because he believed that only it could carry liquid from the Fountain of Youth to his lips.

Another ship’s captain wanted this goblet because its glowing gold came from deep within a treacherous mountain and was more precious and magical than any other metal.

A third ship’s captain wanted the goblet because it completed a set of four, which together revealed clues to unimaginable treasures—and she was in possession of all of the other goblets already.

If we write about something that characters want for different reasons, we have to create all of the story that goes with these reasons!  And this surely stretches the mind of the storyteller to think in a multifaceted way.

New idea:  Sit in a creative nook and try fashioning three different reasons why three different story characters would all desire the same object.  Dig deep into your imagination to create more than one way to see an object’s value!

The individual stories that go along with these different estimations will begin to spring up all around you and create one BIG story.