Stick figures are perfect for practice 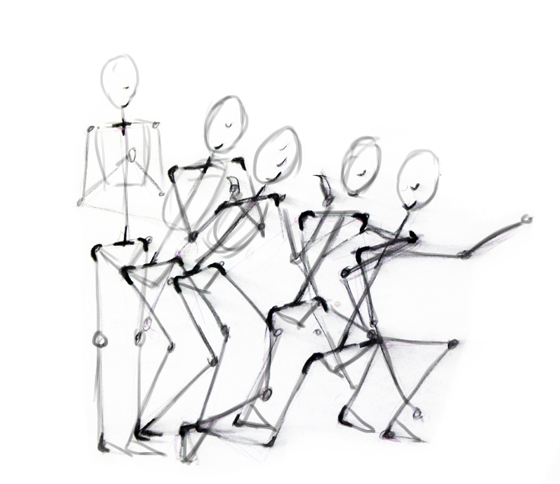 Young illustrator elves learn how to draw a figure in proper proportions by practicing the art of drawing stick figures!  When you can distill the figure down to an accurate stick figure, it becomes a lot easier to grasp how all of the limbs should actually look. It creates a skeleton to build your characters on.

For my drawing above, I used this wooden manikin for reference.  This is a reference for both elven and human figures, by the way. 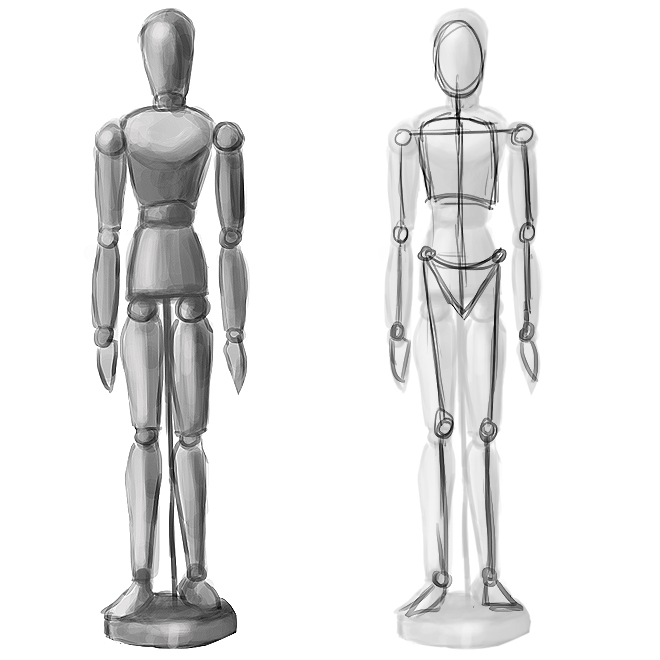 It is preferable to use a model (a real elf or a real person) over a manikin, but since I didn’t have a model (only some cats are in the workshop right now, for some reason), I had to settle for this wooden figure!

Arms are roughly two halves, with an upper half and a lower half, as are legs. You can use little circles to show where the knee and elbow joints are, as well as other joints.

The best way to imagine the hips is a V-shape because this is the shape of the human and elven pelvic bone.  The legs attach on the outer part of the V.

For the ribcage you can use a simple square. I have bulged the bottom of this square upwards a little to mimic the shape of our bodies.

As you practice and improve, try to draw a stick figure in dynamic motion! A stick figure can reveal volumes about what is happening to a character’s position.

Once you have mastered the stick figure, you can then begin to add more to the character’s shape!